This article explores what we can learn as individuals from astrophysics and theoretical physics regarding observations of our universe. Our limitations as humans

When we see so many mysteries and the huge vastness of the universe, we come to realize our limitations as human beings. As Seneca says, this serves to calm our souls. Einstein says this most poignantly: “The human mind is not capable of grasping the Universe. We are like a little child entering a huge library. The walls are covered to the ceilings with books in many different tongues. The child knows that someone must have written these books. It does not know who or how. It does not understand the languages in which they are written. But the child notes a definite plan in the arrangement of the books – a mysterious order which it does not comprehend, but only dimly suspects.” Richard Feynman the maverick genius of astrophysics has his own way of saying this: “It is in the admission of ignorance and the admission of uncertainty that there is a hope for the continuous motion of human beings in some direction that doesn’t get confined, permanently blocked, as it has so many times before in various periods in the history of man.”

It is interesting to note that Socrates (founder of western philosophy) and Confucius (top influential eastern philosopher) basically say the same thing as these eminent scientists that ‘all I know is that I know nothing’ (Socrates) and that ‘true wisdom is to know the extent of your ignorance’ (Confucius).
The scientific attitude

Physicists and mathematicians regularly say that aside from logic and emotions, there is imagination and intuition which helps them come up with brilliant solutions to the workings of this universe. As a society we rely obsessively on barren logic and rationality and discredit emotions as weakness. As curiosity is not allowed to reveal itself, there is hardly very few who are able to realize this imagination and inspiration. But so important is this that Einstein went on to say that imagination is more important than even knowledge.

Another change in perspective is the tolerance for new and contradicting ideas. As Niels Bohr, a giant in quantum mechanics would say to us in our everyday life where we attach ourselves to limited set of consistent ideas that ‘you are not thinking; you are merely being logical’’. Our mentality of all-or-nothing , true/false correct/incorrect and being trapped in such binary opposites is reduced to ashes by the scientific attitude like this where Niels Bohr says that “The opposite of a correct statement is a false statement. But the opposite of a profound truth may well be another profound truth.”

Remaining cool calm and non-attached to our ideas is what the mystics from Buddha, founding father of sociology Max Weber to physicists like Bohr and Heisenberg understand. They all say that reality is too complex and so we need all the perspectives that we can get to get a glimpse of the reality, even if they are contradicting each other.

Our place in the universe

What then is our place in the universe? The astrophysicist Neil DeGrasse Tyson explains “When I look up at the night sky, and I know that, yes, we are part of this Universe, we are in this Universe, but perhaps more important than both of those facts is that the Universe is in us. When I reflect on that fact, I look up — many people feel small, ’cause they’re small and the Universe is big, but I feel big, because my atoms came from those stars.”

While the study of quantum physics and special relativity teach humility in an inconceivable Universe, it also shows our unique place within such a dynamic existence. Astrophysics shows us a dynamic world with a long history of change and development. It is impermanent and in ceaseless motion. Similarly, it is not dictated by easily observable laws. This leads to a philosophical view where life is transitory. As the pre-Socratic philosopher, Heraclitus put forth, the Universe is in a state of permanent flux and reality is merely a succession of transitory states. Standing under the vast starry sky we can experience wonder and awe in a way we never did before. Now we can imagine that the cosmos has included stretches of space and time that we can hardly imagine. The Copernican Principle explains that the Earth is not in a privileged location in space. It is a lesson on humility. This meditation on space and time compels me to appreciate the life that I have been given.

Rejoicing in the mysterious

Einstein ‘The World as I See It; says:” The most beautiful and deepest experience a man can have is the sense of the mysterious. It is the underlying principle of religion as well as all serious endeavors in art and science. He who never had this experience seems to me, if not dead, then at least blind. To sense that behind anything that can be experienced there is a something that our mind cannot grasp and whose beauty and sublimity reaches us only indirectly and as a feeble reflection, this is religiousness. In this sense I am religious. To me it suffices to wonder at these secrets and to attempt humbly to grasp with my mind a mere image of the lofty structure of all that there is.”

Learning to meet this mystery with the full realness of our being, to show up for it with absolute clarity of intention — is the dance of life . Astrophysics tells us to be a seeker rather than a believer or a non-believer. So many questions and little concrete answers, why is there something and not nothing, are there other versions of our life playing out in some type of alternate reality? What “collapses” us onto our choice of paths from a wave of potentials? Is there an observer that does this? Is there someone watching us? Is it our consciousness that is observing ourselves, and is that dictating the makeup of our reality?

But from the limited knowledge that we have, we know that everything is energy, interconnected and our consciousness is very important. This is the precisely what the ancient sages from Sufis to Buddha and Greek mystics used to say: “We are what we think, all that we are arises with our thoughts, with our thoughts we make the world.” Buddha

If we factor in these quantum experiments, we exist in a world that does not yet recognize the importance or the power of thoughts, feelings, emotions and imagination when it comes to the type of human experience we create for ourselves and the inner state from which we act and create it.

Let us meditate on our universe. In addition, let us embrace the silence and eschew the allure of distractions that are abundant in our technological world–cell phones, television, marketing and so on, and reconnect to the natural intelligence of the universe even if it is for a few moments. Nature and the universe do speak, but we are too busy to listen to it.

“My heart is bursting with the joy of the unknown” –the great Sufi Master Rumi uses this verse to describe feeling of being in awe and in the presence of the universe’s mysteries. Life is indeed harsh but the universe beckons us to inspire our lives with passion, curiosity and imagination. ‘My heart, it is so small; how can you put so much sorrow into it? Look he said: your eyes are even smaller; yet they behold the universe” (Rumi).

In article, we concentrated on what we can personally learn from such knowledge and experiences.

The conclusion to this article is perhaps best left to the experts such as Stephan Hawking and Michio Kaku. In the last concluding sentence of the book the Grand Design, written by Stephan Hawking and Leonard Mlodinow it concludes by saying: “The fact that we human beings-who are ourselves mere collections of fundamental particles of nature-have been able to come this close to an understanding of the laws governing us and our universe is a great triumph. But perhaps the true miracle is that abstract considerations of logic lead to a unique theory that predicts and describes a vast universe full of the amazing variety that we see.”

The last sentence of the book Hyperspace by Michio Kaku read: “on a cosmic scale, we are still awakening to the larger world around us. Yet the power of even our limited intellect is such that we can abstract the deepest secrets of nature. Does this give meaning or purpose to life? Some people seek meaning in life through personal gain, through personal relationships, or through personal experiences. However, it seems to me that being blessed with the intellect to divine the ultimate secrets of nature gives meaning enough to life.” 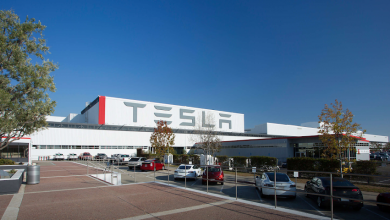 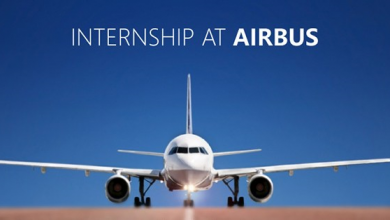 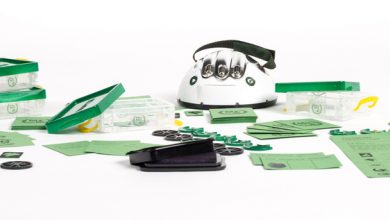 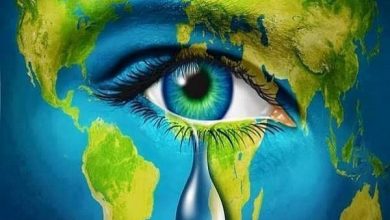