by Times of Youth
in Future Stars

Times of Youth: What is the name of the startup?

Times of Youth: What is your startup, what does it do?

My startup is basically a creative art company that has created Pakistan’s first super hero comic of “Pakistan Man” a super hero character comic book that is inspiring, educating and helping the youth to be more creative.

Times of Youth: Who are the founders and key team members of your startup??

My name is Hassan Sohail Siddiqui and I’m the creator and founder of this startup, I’m also building a team but it is still in progress.

Times of Youth: How does your startup stand out against it’s competitors, what makes you different?

My Startup is completely different from a lot of other startups and similar companies in this region simply because a super hero comic book has never been made and released before my startup. Our focus is the young generation and helping them bridge this huge gap in Pakistan where no comics or fun things to read are available for the youth.

Times of Youth: Where did the idea for the startup come from?

I have been drawing and making small comics since I was very young. I used to draw characters for my friends and cousins all the time. After I graduated from my university I decided to try and launch this comic book character I had drawn when I was a kid and that’s how this startup was born.

Times of Youth: What is your vision for the company?

The vision for this company is to have creative and fun entertainment for the young generation and also change the image of Pakistan around the world. Children also learn from fiction characters and storybooks so we are trying to educate the young generation, teach them the use of English language and also tell them about their social issues through the use of a fun comic book, which has super heroes to inspire the youth. 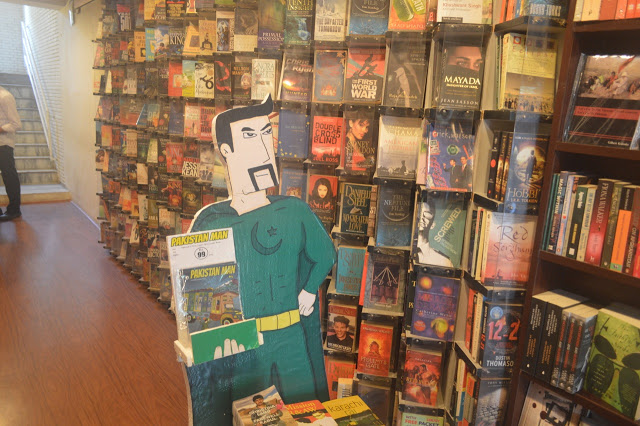 Times of Youth: What is the actual addressable market?

Our market is the young generation ages ranging from 8 year old to 15 year old. But also people in university,colleges and even older people enjoy this comic book because of its unique style and humor.

Times of Youth: Can you state, in clear language, the key features of your product or service?

Our key features of this product are to motivate and inspire children towards the joys and rewards of reading for pleasure, imagination and information. Giving them education of what’s right and wrong, Social issues, Helping the youth be more creative with creative writing and drawing; English language learning, art/murals; comics and cartoons; digital literacy, arts and crafts activities

Times of Youth: Where did the idea for the startup come from? What was the inspiration behind the business?

I created this startup in 2014, but I have been drawing and doing creative arts and making comics since I was 10 years old. I loved reading comic books and I was inspired to make my own as soon as I graduated because there was no Pakistani comic book available in Pakistan. The youth in Pakistan didn’t have their own super hero who could inspire the people. I had the idea of Pakistan man when I was very young around 11 years old and I remembered this idea from my childhood and decided to make and publish my own comic book.

Times of Youth: What is your business background, and what got you interested in startups?

I don’t have a business background I was a student and I completed my BBA in marketing from Islamabad. I had no idea about startups or the business world. But as soon as I graduated I wanted to create and publish my own comic book without any prior experience and that’s how I got into the world of business and dealing with every day situations that a startup has to face.

Times of Youth: What are the major product milestones/achievements?

After I launched my Pakistan man comic book it has managed to create attention in the media as well as made some great achievements only being a year old startup.

We have managed to sell more then 2,500 copies just in Islamabad

It is the only Pakistani comic book to be ordered by multiple universities in USA for their libraries.
Including “Harvard University” and the biggest library in the world “the library of Congress”

It has been featured in Big newspapers and magazines including: Dawn news, Express tribune, The National (Biggest newspaper in the UAE)

Times of Youth: How did you initially raise funding for your company?

Initially I didn’t receive any funding because this was a brand new startup and nobody knew about it so I had to put my own money in to get started and a good friend of mine also helped with some of his money and we pooled together and got started.

Times of Youth: What early traction has the company gotten (sales, traffic to the company’s website, app downloads, etc., as relevant).

In these early stages of the company we have managed to sell more then 2,500 copies just in Islamabad. The sales are mostly through book store sales, event sales and any event or festival that is happening in Islamabad where we have a stall of Pakistan man. Our App and website is still in development so we have generated no sales from e-commerce so far.

Times of Youth: What has been your biggest challenge so far as a startup owner?

The biggest challenge for any startup is to work hard every day and be consistent. Most startups fail simply because the person and owner does not try hard enough and gives up easily. So that is one of the biggest challenges is not to quit and do something unique, which no one has done before. 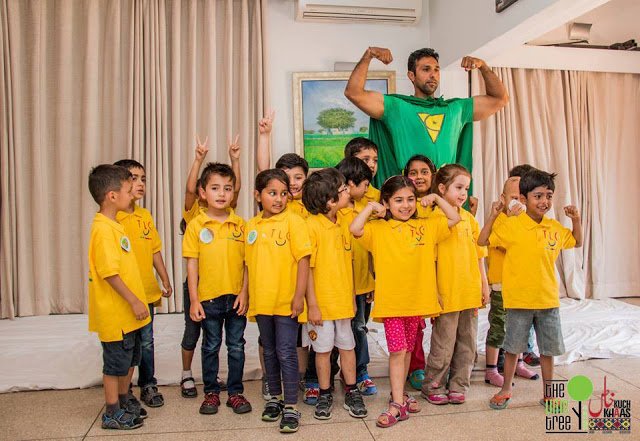 Times of Youth: What will the company look like in a year? From any and all perspectives — product, people, team, revenue?

The vision of this company is to build a long lasting company that continues to provide entertainment to the youth and continue launching more issues and other creative products in the future. We are currently making a team so there will be an art department, marketing department and other people working in the company in different sectors. The revenue is hard to predict in this early stages of the startup but we have not been in loss since the beginning of our startup we have always broken even and made some profit every month. So we hope to keep doing that in the future as well.

Times of Youth: How can investors in your idea make a profit?

We have been cash flow positive since our second issue launch in a matter of a few months after starting a brand new startup and we have steadily made a profit. Any investor that invests in this company would be getting his profit hopefully in year two of our startup as we are growing the company and we are planning monthly issues with lots of sponsors and schools, universities on board which will help us make more this company even bigger and better.

Times of Youth: Finally, If you could give one piece of advice to someone thinking about starting a business, what would it be?

Anybody who is thinking of starting a new business should know that it is a lot of hard work so you should be prepared for that and also to do something unique which no one has done before. Another thing, which is very important, is to find what you love to do and build a business around that and don’t try to copy others. You will be successful if you do what you love and work hard and be prepared not to make money at least in the first few stages of your startup.