Go see live shows, your Facebook news feed might be hilarious but nothing beats the experience of being a live audience. – Shehzad Ghias

Times of Youth: Do tell our readers about your work in brief for those who may be unaware.

Hello, I am a stand-up comedian, theater practitioner, and a blogger from Pakistan. You can find out more about me on my website. I established Pakistan’s first youth theater organization in January 2010, ‘Cogito Productions’, since then I have put up multiple plays and shows under the banner. I established Lahore’s first Improvisational comedy troupe, ‘Room For Improv-meant’, in 2011. I have done a couple of national stand-up comedy tours of Pakistan, and currently, I am on a Fulbright, pursuing a Masters in Theater from Brooklyn College.

Times of Youth: When did you decide that being an entertainer was your calling?

Even while pursuing my bachelors in Law from LUMS, my focus was on social justice. The social issues of Pakistan have always affected me and moved me to action. I have always felt I have something to say, and I have looked for avenues to say it. After the political movements of the 1980s, the theater was not really used as a medium of social thought in Pakistan, I tried to change that with Cogito Productions. Even my comedy focuses on the social issues of Pakistan.

I feel I am an entertainer incidentally, I would like to better be known as a communicator as ideas and hopefully ignite social thought and action.

As far as what my true calling is, I am still on the path to find that!

Times of Youth: ‘Cogito’ is an unusual name. What made you choose it for your production?

I did my B.A. from LUMS before beginning my L.L.B. with a focus on political philosophy. ‘Cogito’ comes from the philosophy of Rene Descartes. His iconic quote is ‘I think therefore I am’ and the mission of Cogito is to promote thought through theater, we want our audiences to think. We are not preaching, we are simply inviting them to enter into a dialectic relation with us using theater as a medium for communication.

Times of Youth: What makes you be an actor, director, stand up comedian, improviser, lawyer, writer, TV anchor, trainer and journalistic scholar all at the same time? Which one of your roles is the most satisfying?

Not being great at one thing in particular though; yet on a serious note, it comes from not being scared of failure. I am not scared of paving a new path, even if I am not the best at it, other people can at least follow. Nobody was doing Standup and Improv comedy when I started doing them. Saad Haroon and Sami Shah had moved to America and Australia respectively. Now people I have trained are doing a bunch of improv and comedy shows. Members of Cogito have formed their own theater companies, watching the thriving comedy, theater and improvisational comedy scene in Pakistan, I can feel proud that I had something to do with that.

Times of Youth: What exactly is ‘Improvisational comedy’? How did you conjure up ‘Improv-a-thon’?

Improvisational comedy is a specific form of comedy where the scenes are completely improvised within the structure of different games. I read a lot of books, watched a lot of shows on the internet and since there was not anybody I could go to to learn Improv in Pakistan, I conceived the Improv troupe and our shows on my own by relying on books and television. It was a learning process but we found a formula that worked eventually.

Times of Youth: Tell us something about the group ‘SHINE’ that you’ve been performing for.

We are currently on a hiatus, but SHINE is the Improv troupe I did multiple shows in New York City as a part of. We were brought together after being selected for the prestigious SUPERNOVA program, and we rehearsed together and eventually performed multiple shows. It is a pretty racially and ethnically diverse group so we all bring something unique to the group.

Times of Youth: What is your idea of a perfect comic timing?

I think it is unique to every single situation, knowing where the perfect timing lies in every scene comes from years of performing and practice. If you want to get better, just practice, watch and learn, and do not be afraid to actually go out there and perform.

Times of Youth: Tell us the most awesome thing you ever did.

The most gratifying thing I have done was the second Cogito Youth Performing Arts Festival. It was a three-day arts festival in Lahore. We gave a platform to many upcoming artists, Zamad Baig performed his first public concert at the festival and he later became the Pakistan Idol, but personally, for me, the best part was going to schools to give workshops. The most satisfying part was going to the Mashal School, an impoverished school in Chartrand, Lahore where I held a three-day workshop with the children teaching them skills to help them tell their stories.

Times of Youth: You have traveled to many places and performed with several notable groups. How will sum up your vibrant journey in a single line?

If you do not have a single destination, you enjoy the journey a whole lot more.

Times of Youth: Has your work ever been criticized or backfired? How did you handle it?

A lot. You have to have thick skin in the business, especially with Stand Up Comedy. If people do not laugh at your jokes, are you really a comedian? It is also so immediate, people are there right in front of you sitting, not laughing.

At that moment, you can either give up or work even harder. I always analyze why I am being criticized, if it is coming from a bad place then I ignore it but if the criticism does have some merit in it then I do implore as to the reasons for the criticism and I work hard to overcome my flaws. And I go up again, I am always improving. You learn more from failure then you do from success.

Times of Youth: What advice would you give to the young upcoming performers who still have a long way to go?

Do not be afraid to fail. The next generation belongs to people who can successfully learn something, and then unlearn it and start again with an open mind ready to relearn everything.

Times of Youth: Any message that you would like to share with the young audiences via Times Of Youth?

Go see live shows, your Facebook news feed might be hilarious but nothing beats the experience of being a live audience.

Times of Youth: Do tell us how fans and admirers can contact you to share their appreciation and feedback.

I have a Facebook page where I am very active.
www.facebook.com/shehzadgs
They can also message me through my website www.shehzadghias.com

The Sine-Sarkozy fallout and Dual Faced Realities of the World. 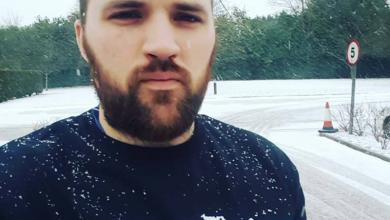 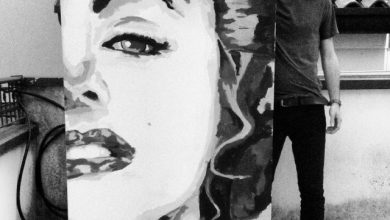 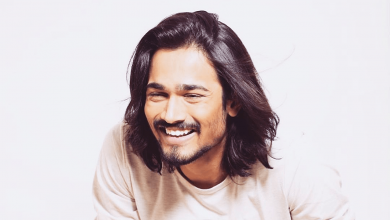