Share To Aware
Facebook Twitter LinkedIn Pinterest
My message would be to learn about Islam, apply it, and convey it. Make whatever you are doing Islamically relevant, a means of Ibadah for yourself, so that you can succeed in this life and in the next.
-Dr. Bilal Philips

Times of Youth: Tell us a little about your background and your research. How did you get interested to preach Islam?

Dr. Bilal Philips: My preaching, promoting and propagating Islam activities started with my conversion to Islam. Naturally, any new convert is driven to want to share Islam with those around them. With your parents, your brothers and sisters, your other family members, your neighbors and your friends. You could say that was my basic drive to want to share, propagate, and promote Islam.

I immediately began to seek knowledge, from the time that I first entered Islam in 1972. I sought to understand Islam more in depth, because the more I could understand, the better I could explain it to others. Within the first year, I quickly ran out of local sources for Islamic learning in Toronto, Canada, and I decided to go overseas to Saudi Arabia to study there. While studying there I used to come home in during the summers, to Canada and to the USA in order to share what I learned.  After graduation from Madeenah University in 1980, I went to Riyadh and started my Masters there and at the same time became a High School teacher of Islamic Studies. This became the new arena in which I became engaged in propagating Islam to Muslim youths.  During this period I was also forced into writing. I wasn’t originally a writer but I used to read a lot. However, when I started to teach Islamic Studies, I found that there were no Islamic studies textbooks available in English, so I had to create something. I began the process of preparing material based on my studies in Madeenah which I would teach from. The students used my notes as texts from which they could revise for their tests and exams. With the help of my parents, father in particular who was an English language expert, I soon developed effective writing skills. My parents guided me, and taught me, not only how to write, but also teaching methodology and classroom management.

My high school career lasted for over 10 years during which I completed my Masters and began a PhD in Islamic Theology from the University of Wales, UK. After completion of my doctorate in 1993, I moved to the UAE where I became a University professor in Arabic and Islamic Studies at the American University in Dubai. Naturally, the university became another avenue for propagation and promotion of Islam to young adults. In UAE, I also set up the first Da’wah Center for propagating Islam to non-Muslims in Dubai, The Islamic Information Center. Through that avenue I was full-time actively involved in teaching, preaching, and promoting Islam and thousands accepted Islam from the Center over the subsequent years. I also became the head of Darul Fatah’s English press and published a number of my books through them. In 2001, I developed a department of Islamic studies at Preston University, Ajman, to further preach and teach Islam from an educational institution. A few years later, after moving to Qatar where I was a consultant for a Da’wah Center, I again moved to Chennai, India where in 2009 I set up my own University, Preston International College, and Al Fajr International School. These were additional channels for promoting, propagating and preaching Islam. In 2010, I took my boldest step to preach Islam globally by setting up the Islamic Online University (IOU), which now has over 2,00,000 students from 225 countries of the world. The IOU has the most diverse student body of any university in the world; a unique platform from which I continue my preaching, teaching and Islamic propagational efforts. That is where I am today.

I was also given the opportunity to propagate Islam through the television, in Saudi Arabia Channel 2. I did a program there called “Why Islam?” in which I focused on the new Muslims. I had different new Muslims each episode who described their journey to Islam and focusing on the turning point. I would use that as a means of inviting non Muslims who would be watching the program who may share common backgrounds to want to share the message of Islam. In UAE, I was invited to do 3 programs a week, on Sharjah television. All of them da’wah oriented, some of them question and answer types. One related to the Quran in particular, and the other one related to contemporary issues. Of course, a lot of people know me through Peace TV, so this is the channel I also utilize, as well as Islam channel in the UK, Guide US TV in the US, etc. 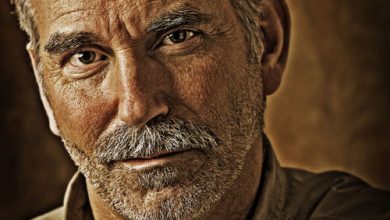