by Times of Youth
in Featured Interviews, Prodigy

Share on FacebookShare on Twitter
“An intelligent film maker is aware of his limitations but is able to deliver something unique and fresh through his skill and treatment.”

I graduated from the Dawood College Of Engineering with a degree in architecture and later got a post graduate degree from the Bartlett School of Architecture University College London. Later I moved to a canvas of a different kind, one with moving pictures, music and story-telling. My ability to visualize environments whether gritty or sophisticated, modern or traditional and versatility with scale led me to explore direction and film making. During the 18 year span of my career, I have worked on music videos, television commercials, a telefilm and am now on the verge of releasing my very first feature length film.

Times of Youth: Whose brainchild was the inception to make a musical, ‘Ho Mann Jahaan’?

I always dreamt of making a film one day, in fact all my experience was conditioning me for the same. I have always been musically inclined, which is why I have enjoyed directing many music videos, and music always forms a key element in my TVCs as well.

Hence Ho Mann Jahaan is my dream that I have managed to realize through the love and support of my friends, colleagues and family.

Times of Youth: Whose brainchild was the inception to make a musical, ‘Ho Mann Jahaan’?

Just like visuals, sounds, sets and actors deliver a message through the medium of film, I feel music plays an equally important role in evoking emotions in audiences. A well rounded film must take advantage of all these, very effective, elements of storytelling, so as to leave viewers with an experience that satiates all their senses.

Times of Youth: Any special experience you’d like to share with us with respect to this movie?

Most of my experiences during the process of making this film, are special. They are all moments that I cherish and hold close to my heart because they are my first. It would be very difficult for me to pick a specific moment, time or event: it has been a journey and that’s how I would like to treasure it. 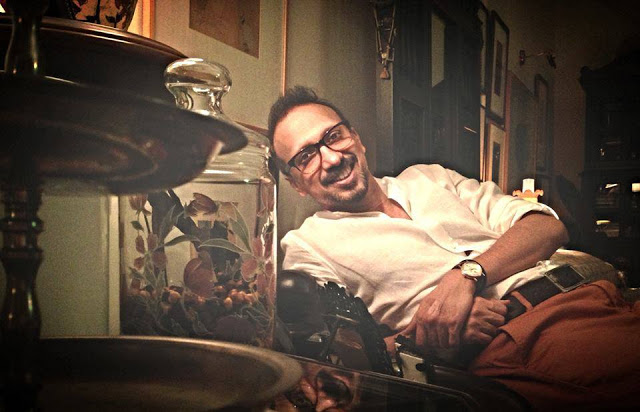 Times of Youth: As ‘Ho Mann Jahaan’ based on a believable story, what kind of an impact do you expect should it make on the audiences?

The best thing about this story is the fact that it is very real and close to home. It’s a movie that expands over generations rather than being bound to a specific age or time. This is why it is my belief that everyone who comes to watch this film will be able to identify with the characters of Ho Mann Jahaan and that is what will make this experience unique and fulfilling.

Times of Youth: Which scene or moment while making ‘Ho Mann Jahaan’ was the most overwhelming for you and your crew?

When the screenplay for Ho Mann Jahaan was completed, there was a wedding scene that was written in the script, and when my team read it they took it for granted that it would be the most elaborate sequence of my film; and ultimately I did give in to their persistence for the same.
The song Shakkar Wanda was the most ambitious outdoor set that we had constructed at the Frere hall. We delved into it head on from set, costume, dancers, production design, technical support and everything that could go into making this a true depiction of a very grand and wholesome expression of a Pakistani wedding. I think this was the most overwhelming experience during the shooting for both me and my team.

Times of Youth: As seen in ‘Ho Mann Jahaan’ official posters and promos, the presence of a talented star cast is evident. Based on the responses so far, what are your personal expectations from the film at box office?

Well… my actors, my team and myself have put in our best to make a film that is culturally relevant, emotionally engaging and yet commercially viable. I feel that no hard work goes unrewarded and Ho Mann Jahaan in nothing short of my sweat and blood. I feel that our audiences are ready and eager to watch and welcome intellectually and emotionally stimulating content, which is why I am sure that Ho Mann Jahaan will do well not only at the Box office but in the hearts of audiences as well.

Times of Youth: Which was the most phenomenal sequence that you shot for ‘Ho Mann Jahaan’ from a filmmaker’s point of view?

This movie is not about sequences that are phenomenal or over the top in terms of their execution; it is in fact a film about very real moments in the lives of very real people. And so if you ask me what is the most touching moments in the film, then I would tell you about one of the most touching sequence in the film that I shot at a train station in Karachi. This scene came at a point in the story which was an amalgamation of heightened feelings coming from three best friends, all their emotions melting and merging together at a dire crossroad in the lives of these characters.

Times of Youth: Considering that ‘Ho Mann Jahaan’ is expected to be a new age film based on the struggle-filled life and emotions of young Paki musicians, what specific lessons would the audiences derive from it on watching?

Ho Mann Jahaan is actually not a story about the struggle of musicians or a band, it is about the intricacies of relationships and how one learns from their mistakes as they evolve and come of age.

The lesson that should be taken from my film is to always follow your heart and realize your true potential.

Times of Youth: Could you describe the response of Pakistani audiences regarding ‘Ho Mann Jahaan’ since the release of its promos?

From the response and feedback I have received so far, Ho Mann Jahaan has stirred a great interest due to its soundtrack and wholesome genre. It is a first of its kind since the reawakening of the film industry.

Times of Youth: Considering that Pakistan is an Islamic country and music being forbidden in Islam, what makes you think that this concept will work?

Considered that Pakistan is an Islamic country, I am of the opinion that we as Pakistanis are neither rigid nor averse to art forms. Wholesome ideas that converge with our societal and moral norms are readily acceptable by the masses.

As a film maker I have made sure not to offend the sentiment of any individual or sect, yet keeping the global appeal of my story alive. So I don’t think that the music or any other facet of my film will be questionable.

Times of Youth: What’s your top five favorite movies of all time?

That is a very tough one because there are loads, but Room with a view by Ivory Merchant and Junoon by Shayam Benegal are two films which I feel are exceptional.

Times of Youth: Do filmmakers have any responsibility to culture? Do you feel that being a creative person requires that you give back something to the society, or just tell a particular story and not do anything else? Why or why not?

Film is a medium that is a creative expression. It does not have to be condescending; neither does it have to be preachy. I for one tried not to be preachy to anyone because every person has their own outlook towards life and very good reason for it too.

We as human beings instinctively know right from wrong and I would like to leave that better judgment with my audiences who are sensible, exposed and progressive. 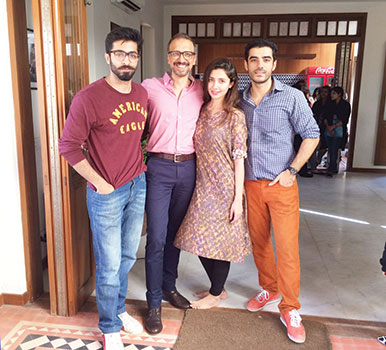 Times of Youth: How much do the film-makers have to compromise in creativity for film production owing to financial constraints?

In my case I was the Producer and Director for my film and my learning has been that if you have a limitation then you should not try to go out there and try to re create the Taj Mahal.  An intelligent film maker is aware of his limitations but is able to deliver something unique and fresh through his skill and treatment.

Times of Youth: Any advice you’d give to aspiring youngsters who want to enter movies now or in the future?

It’s a beaming and booming industry that is growing at quantum speed with an increase in production of over 200% from 2012-2013 to 2014-2015, the Pakistani film Industry is experiencing a great turnaround.

Times of Youth: Any message to fans and followers via TIMES OF YOUTH?