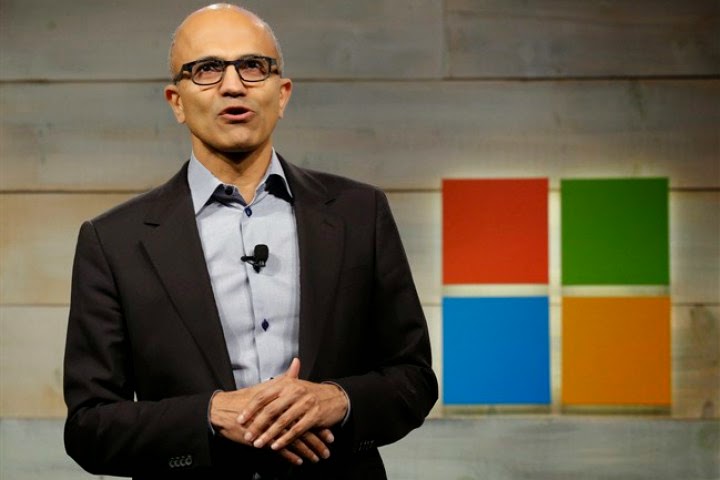 Shareholders of international software giant, Microsoft gave a submissive vote of approval on Wednesday for its CEO Satya Nadella’s $84 million (roughly Rs. 520 crores) pay, after a particular investor advisory group remarked that the company was paying him more than required. Later, advisory vote on Microsoft’s executive pay program won approval from more than 72 percent of shareholder votes cast, the company said after its annual shareholder meeting on 3rd December, 2014. ISS, which reviews proxy measures for many large companies and criticized Nadella’s pay, has said a vote below 70 percent is an indication that a company should review its policies. The vote fell short of the average support level of 91.5 percent for executive pay measures at other companies tracked by ISS affiliate, ISS ExecComp Analytics. By comparison, more than 92 percent of votes supported the company’s board of directors who were in support.

Most of the meeting was devoted to a recap of Microsoft’s business strategy and a discussion about diversity. Executives heard a presentation from civil rights leader Jesse Jackson, who has been urging the tech industry to hire and promote more women and minorities. Nadella repeated an earlier pledge to make that a priority at Microsoft

According to Wall Street analysts, who say Nadella is generally viewed as moving Microsoft in the right direction. This is one of the reasons he was favoured. “At a time when Nadella is contemplating a reorganization that includes cutting 18,000 jobs”, said Colin Gillis of BGC Financial. But he also pointed to the 30 percent increase in Microsoft’s stock price this year and said, “I think that’s the main issue most people care about. If you think about the billions in value that’s been created, this (pay) is just a tiny fraction of that.”

In a report last month, ISS questioned the company’s decision to give what it called a “mega grant” of stock up front, since Microsoft also planned to award Nadella a subsequent annual grant valued at $13 million (roughly Rs. 80 crores) in the next fiscal year. ISS also said the company should adopt stricter performance standards for executive compensation.

“Microsoft wanted to lure and motivate a world-class CEO” said Microsoft Chairman John Thompson  and also mentioned, “the package is tied to performance and it motivates our CEO to create sustainable long-term shareholder value by providing him with the opportunity to share in those profits.”

2014 turned out to be detrimental for children