No matter how forward our technology progresses, there are parts of the world where the mindsets of the people are still bound by orthodox beliefs and narrow mindedness. In all the non-metropolitan cities in the southern parts of Asia and their inhabitants in Gulf, you’ll find several people of such rotten minds that words would fail one to describe their audacity.

In my case, I happen to belong to Dubai which is a hardcore metropolis and my spouse belongs to Ras-al-Khaimah which is a much smaller city. Now, I recently had a child and despite of more than 50 reminders to my husband during the 9 months of pregnancy to shortlist a suitable name for our then to-be-child, he never bothered to do it. He’d always say he’s busy, so I had to do it all alone. I sometimes ponder, what kind of a father puts shortlisting names for his own first child on a backfoot. Makes me wonder, where is the excitement? After the birth, when I forwarded the said list of names to my husband, he suddenly decided to pass on the responsibility of naming the our child to his parents. The reason he stated for this decision was ‘out of respect’. Now, my question here is, are my parents, too, not entitled to gain the same ‘respect’? Okay, now picture this, these people didn’t bother to take a single look at the list I’d prepared, let alone letting me know on what lines they’re thinking to name and just went ahead to ‘announce’ whatever name they saw fit for my child. And these are the very same people who despite of being grandparents, decided to visit the child a whopping three weeks after he was born. I ponder what kind of meagre love they harbour for their very own grandchild who they are so eager to name, and also what ‘respect’ can I give such people who cannot even consider a mother’s suggestion while naming her own child.

The name they chose for my child had unfortunately been taken up in my family very recently for another newborn. So I only requested them to choose some other name, but not this. I would never want my child to be called the ‘number two’ of any name anywhere in future. There are hundreds of other names in the world which also mean good, some may even have similar meanings to the name they chose, but yet they remained adamant. Being a mother, I’ve invested in this baby much more than they can ever imagine, not only in terms of money, but also time, energy and emotions. Despite of being a doctor, I’m kind of jobless at the moment only to care for the child. I went through those gruelling 9 months being ever so careful so that this child remains healthy and unharmed. I went through the excruciating labour pains for hours and hours together. I went through the gruesome recovery phase later where despite of the residual pains, I still had to feed the child on demand and be up all night changing dirty nappies. Have they done even an iota of these sacrifices? The answer here is obvious! And yet no one here is bound by any religious beliefs or ritual that they need to be so stern about the whole issue. So on what basis are they being so demanding?

My family majorly supports me because they have seen my pains and efforts for this child since his inception. Yet, the in-laws won’t budge and have now resorted to emotional blackmailing of my husband in order that he bends their way. And the most ridiculous part of this is that, here they have even called me stubborn and egotistical, where in fact they are the ones being horribly unjustifiable. I wonder how do they plead their side of argument once anyone is told both sides of the story. Such are these people whose ways will forever be questioned. And the moment we question it, we’ll be met with angered and desperate attempts to prove themselves right by any means. The worst of all, my son’s birth certificate is still pending, despite of him being more than a month old. What kind of shortsighted folk do such atrocities against a mother who never even forced anyone for anything? Doesn’t a mother, who undergoes so much, have any right in the process of naming her own child? 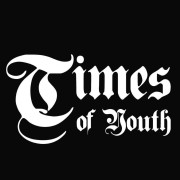 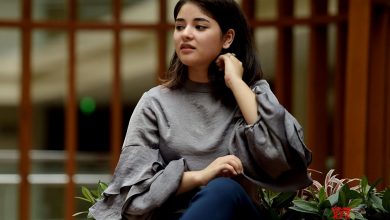